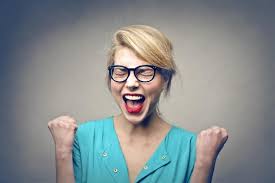 I may hyperventilate! Can this really happen? I am a military vet. I wonder if this will happen before I die. Would I take advantage of it? Despite my age, I think I would. I wouldn’t know for sure until the decision was in front of me. Hypotheticals are slippery devils.But I should get something out of spending twenty-two years in a small closet. It was stuffy in there.

I’ve returned to working on Club Futa setting my vampire series aside. I just couldn’t get it out of my mind. A lot of my SL experience is in it, so it’s a personal obsession, I guess. This is the cover I’ve come up with.

Some positive strides have been made in conquering my recent fear. [Very brief recap: hurricane, shelter, disapproving townsfolk, pitchforks… well, maybe no pitchforks].The church girls called me to have lunch. Since I quit the church they hadn’t seen me and wanted to catch up.  I felt this would be a good time to break my self-imposed isolation. Driving around without getting out of the car is not mingling heehee.

During the meal they were so sympathetic. I couldn’t figure out why until they told me. The very next weekend after I refused to return to help the priest out he gave yet another homily, a tirade really, about us men-in-dresses. This time he used my fucking name as an example of someone infiltrating decent society. Infiltrating. I thought I was attending a church service. My friends had wanted to call to commiserate but felt bullied so didn’t. This was a make-up lunch. I felt sorry for them. They felt so bad about something that wasn’t their problem at all. They shouldn’t have.

V didn’t attend. It’s definitely over. I understand. I surprised her with my little friend. Lesbians don’t like surprises like that LOL.

After that lunch we did a little shopping the old style way… wandering the aisles poking and prodding at the goods. I was so happy about being out I bought some new shoes. A boot with two-inch heels, zipper along the outside. And some new leggings.

All in all, it was a good day.

I’ve begun to reevaluate my opinion of  men. I won’t say why, specifically, but I believe I’ve taken my horrid experiences and previous bad relationships and applied them to all men. That’s wrong. That’s painting with too broad a brush. There are sweet, gentle caring men, men who wouldn’t ever think of hurting me. I just have to get to know them before ever putting myself in a compromising position. Why, I believe I may have grown, dear readers. 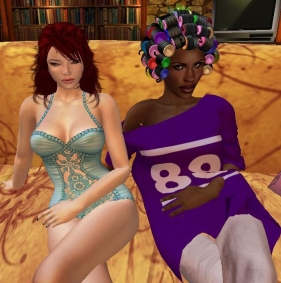 Do you know how you are in a really comfortable relationship? When on a quiet night instead of being on a dance floor in your finest sexy dress you find yourself perfectly happy sitting on the couch watching flames flicker in the fireplace. In your comfies.

I had planned on having Kelly’s head in my lap and running my fingers through her hair. But as you can see that proved impossible without chancing breaking a fingernail

And I couldn’t be happier. Being content merely in the presence of your lady, barely speaking but touching hip to hip, is in essence to me the epitome of love. No words need be said.

It’s alive! The vamp is back. Mother Superior Book 2: Decisions is available online. My vampire series moves along with this installment. Diavola, the futa Mother Superior, has to decide her next move in the fight against the vampire Aurora. The decision shocks Diavola’s assistant/lover Sister Shannon. Didn’t shock me. I read my outline. What would you do with the choice: eternal youth or certain death?

I flesh out… so to speak… my vampire mythos with the transition ceremony and first feeding. Warning: blood is involved.

[NOTE: a question has been raised about the photo I used on the cover. Just to protect myself I will be uploading a new version. The link to Amazon will remain the same.]

The aging futa Mother Superior Diavola has a decision to make. Stay true to her calling as the facilitator and mentor to young futanari as they enter their new lives, or to toss it all aside for the siren call of eternal youth.

As she and her faithful African-American assistant prepare to meet their adversary, the vampire Aurora, the decision had been made. The die was cast and their adventure was about to begin.

This is a 7,300-word story containing futa and vampire sex. There will be blood.

The ceremony begins. Ancient beyond comprehension they stripped their clothes and tossed aside. The dark room couldn’t hid the bodies framing their sensuality. Futa and vampire melded into one. Aurora’s arms wrapped the nun from behind, one hand sliding across warm flesh to grasp a giant breast as the other took a firm hold of the futa cock jutting proudly.

Long incisors sank deep into the neck with an audible pop. Mother showed no reaction, no indication of pain. Instead she held her neck bent at an angle in surrender. Aurora at first closed her eyes in ecstasy as hot blood poured into her mouth The first swallow was always the sweetest.

Sister stared, mouth agape. It was almost obscene, like the vampire was making love to her superior, her friend, her beloved. Their intertwining of limbs as Mother reached to grasp Aurora’s ass completed the tableau. Precum poured from the dark red cock onto the floor. Sister licked her lips. Tasty. She hated to see the waste.

After several minutes Aurora pulled away, delicately wiping a smudge of blood from her lips and licking a stained finger. Shannon grew weak in the knees. On one hand she wanted to grab the knife and drive it into the monster’s heart to protect her loved one. On the other she desired to be lying under their bodies allowing their juices to dribble into her mouth.

Explore with me the growing relationship between Mother Superior and her Maker, Aurora. They are just getting a good start on their adventure. Book 2: Decisions on Amazon.

Hormone Therapy is Lifesaving — But Why is No One Studying Its Long-Term Effects? | Out Magazine: “Yet there have been few studies looking at the long-term effects of HRT. While observational studies have retrospectively reviewed trans populations and declared hormonal transition to be safe, trans medicine has not had the kind of clinical research […]

Let me posit this question. The danger of organ damage is a reality which is why your doctor checks your labs periodically. Well, one reason. In the event the doc said that you were liable to do serious damage if you continued would you stop taking HRT? My answer is easy:  hell, no! I waited too long to start, you’ll have to pry  the pills from my cold dead hands to stop me, to paraphrase Charlton Heston. I would chance it to keep feeling as happy as I do.

via Hormone Therapy is Lifesaving — But Why is No One Studying Its Long-Term Effects? | Out Magazine — Kira Moore’s Closet

I don’t mind telling you I was nervous when Bryce Calderwood posted a review of Futa v. Vampire. It was his books starting with Enthralled that got me interested in combining the futa with the vampire. His take… oh my friends… was unlike any vampire tale you have ever read in your life. No elegant vamps in tuxedos. I had to be sure nothing of his seeped into my own ideas.

So his 4-star review thrills me. I’m on the right track in building the legend of my own ‘creatures of the night.’